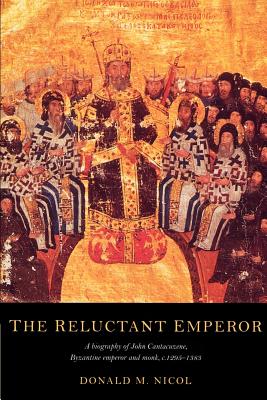 A Biography of John Cantacuzene, Byzantine Emperor and Monk, C.1295 1383

This is a biography of one of the most unusual Byzantine emperors in Constantinople who reigned from 1347 to 1354, and subsequently spent thirty years as a monk. John Cantacuzene was unique in that he wrote his own memoirs and in his varied talents and interests in a long life, as a soldier, scholar, and theologian. His dealings with the earliest leaders of the Ottoman Turks, with the merchants of Venice and Genoa, with the papacy, and with Stephen Dusan of Serbia also give his career a special interest. This is the first biography of John Cantacuzene in English.
or support indie stores by buying on
Copyright © 2020 American Booksellers Association