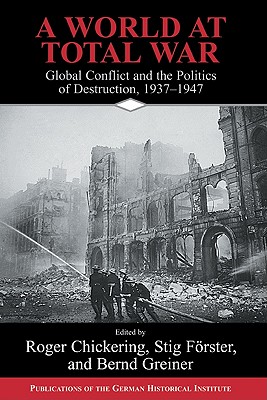 A World at Total War

Global Conflict and the Politics of Destruction, 1937 1945 (Publications of the German Historical Institute)

Presenting the results of a fifth, and final, conference on the history of total war, this volume is devoted to the Second World War, which many scholars regard as the paradigmatic instance of total war. In considering the validity of this proposition, the contributors address a broad range of analytical problems that this vast conflict posed in its European and Asian theaters. They analyze modes of combat, mobilization of economies and societies, occupation regimes, noncombatant vulnerability, and the legal and moral issues raised by mid-twentieth century industrialized warfare.