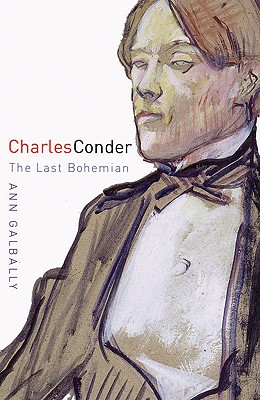 A gifted artist whose personal style and unconventional life made him one of the most intriguing artists of the late 19th century is portrayed in this biography of Charles Conders. A friend of Tom Roberts and student of Frederick McCubbin, Conder was one of the few painters of the Heidelberg School of Australian Impressionists to achieve a reputation in Europe. After contributing to the famous 9 x 5 Exhibition in Melbourne in 1889, Conders traveled to Paris, where he mingled with such fin de siEcle leaders as Oscar Wilde, Toulouse-Lautrec, and Aubrey Beardsley. There he readily embraced bohemia and found himself forever in debt, while he lived as though there were no tomorrow. Saved from poverty by marriage to a wealthy widow, the painter nevertheless descended into syphilitic madness and died before the age of 40.

Ann Galbally is an associate professor in the department of fine arts, classical studies, and archaeology at the University of Melbourne. Her previous books include "Redmond Barry: An Anglo-Irish Australian."
Loading...
or
Not Currently Available for Direct Purchase