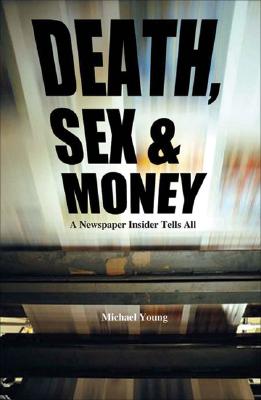 A Newspaper Insider Tells All

What was it like being at the news desk on the evening of September 11 2001? Or when the space shuttle Columbia disintegrated on re-entry in February 2003? Or when the tsunami hit on Boxing Day 2004?

is an open window into the frenetic world of journalism, and how editors fill the pages of a newspaper every day.

Veteran journalist Michael Young takes readers behind the masthead to reveal the players involved in writing, editing and producing the modern newspaper. Experience life at a chaotic news desk, and see first-hand how news is collected and the big stories covered.

What emerges is the changing definition of news, and how newspapers have had to adapt to the twenty-first century in the ever-present shadow of the internet, blogs and citizen journalism, shrinking formats and falling circulation.

Michael Young is a freelance media consultant who has worked in the newspaper industry for more than thirty years in London and Australia. He was a journalist at The Times in London, and was one of the founding editors of the award-winning The Times Saturday Review magazine, and its pictorial editor.

In 1991 he moved to Australia where he now lives and works. He was Associate Editor of Melbourne's Herald Sun and for seven years pictorial editor of the Sydney Morning Herald. He is the author of the Guide to the Botanical Gardens of Great Britain and is a mature graduate of both the University of London (History of Art) and the Open University (Humanities).