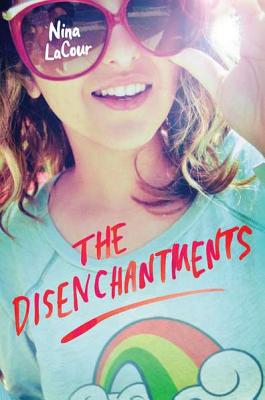 Colby and Bev have a long-standing pact: graduate, hit the road with Bev's band, and then spend the year wandering around Europe. But moments after the tour kicks off, Bev makes a shocking announcement: she's abandoning their plans - and Colby - to start college in the fall.

But the show must go on and The Disenchantments weave through the Pacific Northwest, playing in small towns and dingy venues, while roadie- Colby struggles to deal with Bev's already-growing distance and the most important question of all: what's next?

Morris Award–finalist Nina LaCour draws together the beauty and influences of music and art to brilliantly capture a group of friends on the brink of the rest of their lives.

Praise For The Disenchantments…

Praise for The Disenchantments:

"This is about the inside and outside of characters, the past and future of their lives—and it is astonishing." --Booklist, starred review

"...a rich tapestry that will make readers confident that they are in the hands of a master storyteller...Hauntingly beautiful." --Kirkus, starred review

"LaCour (Hold Still) skillfully draws connections between art and life as she delves into the heart of her characters..." --Publishers Weekly, starred review

"Enchanting in its depiction of the cusp of young disenchantment, this realistic novel will hit home with many thoughtful YAs.” --School Library Journal, starred review

“Each roadtripper has his or her own artistic way of chronicling the individual journeys they are on together, and that introspection draws the reader into this intimate novel.” --NPR.org

Nina LaCour (www.ninalacour.com) is the author of the award-winning Hold Still and widely acclaimed The Disenchantments. Formerly a bookseller and high school English teacher, she now writes and parents full time. A San Francisco Bay Area native, Nina lives with her family in Oakland, California.
Loading...
or
Not Currently Available for Direct Purchase