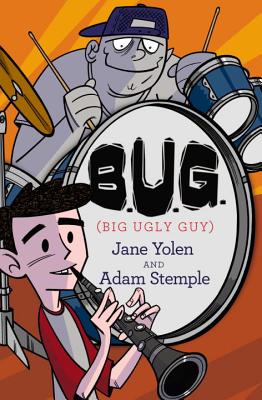 Sammy Greenbergwould rather talk back to The Boyz--a gang of bullies at his school--and get his head stuck in the toilet than constantly be afraid. But when his friend Skink gets beaten up so badlythat he has to go to the hospital, Sammy thinks he may be in over his head.He decides to builda golem--a mythical protector from Jewish folklore, made of clay and animated by the ineffable nameof God. But this monster doesn't justprotect him and Skink from The Boyz, heis alsoagreatdrummer for their rock-jazz-klezmer fusion band But golems come with warnings. They will protect you until they don't.

“It’s funny and scary and thrilling”--Kirkus

Jane Yolen has been called the Hans Christian Andersen of America and the Aesop of the twentieth century.She has written over 300 books, been given six honorary doctorates in literature, and won numerous awards.

Adam Stemple is an author and professional musician. Heand Janehave co-authored several stories together."
Loading...
or
Not Currently Available for Direct Purchase