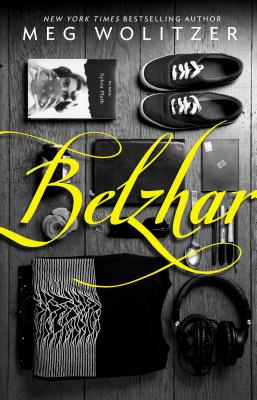 "Wolitzer has imagined a world for young readers that celebrates the sacred, transcendent power of reading and writing." —The New York Times Book Review

There’s a place where the lost go to be found.

If life were fair, Jam Gallahue would still be at home in New Jersey with her sweet British boyfriend, Reeve Maxfield. She’d be watching old comedy sketches with him. She’d be kissing him in the library stacks.

She certainly wouldn’t be at The Wooden Barn, a therapeutic boarding school in rural Vermont, signed up for an exclusive, supposedly life-changing class called Special Topics in English that focuses—only and entirely—on the works of Sylvia Plath.

But life isn’t fair. Reeve has been gone for almost a year and Jam is still mourning.

When a journal-writing assignment leads Jam into a mysterious other world she and her classmates call Belzhar, she discovers a realm where the untainted past is restored, and she can feel Reeve’s arms around her once again. But, as the pages of her journal begin to fill up, Jam must to confront hidden truths and ultimately decide what she’s willing to sacrifice to reclaim her loss.


"It’s been a long while since a book has pulled me in this way; I read it leaning forward, figuratively on the edge of my seat with my heart in my throat. I had no idea what was coming, but I was hungry to get there. So subtly plotted and painfully beautiful, I couldn’t put it down. Meg Wolitzer is a an amazing storyteller.” —Jacqueline Woodson, winner of the National Book Award for Brown Girl Dreaming

"Wolitzer has imagined a world for young readers that celebrates the sacred, transcendent power of reading and writing." —The New York Times Book Review

“Expect depth and razor sharp wit in this YA novel from the author of The Interestings.” —Entertainment Weekly

“Basically everything Meg Wolitzer writes is worth reading, usually over and over again, and her YA debut…is no exception.” —TeenVogue.com

“Demonstrates the power of words to heal.” —The Washington Post

“A riveting exploration of the human psyche…Wolitzer's teenage characters are invigorated, flawed, emotionally real and intensely interesting. Even as readers fold back the layers of the story and discover unexpected truths and tragedies, the plot maintains an integrity that has come to be hallmark of Wolitzer's novels.” —Kirkus Reviews, starred review

“Enlivened by humor, memorable characters and a page-turning mystery only revealed in its final pages, Belzhar explores the role of trauma in young lives.” —BookPage

"But Jam herself is a fantastic portrait of a girl somehow younger than her own age, unable to cope with the hardships of being a teenager, and the final twist of the novel reveals an unexpected aspect to her character that makes her all the more heartbreaking." —The Daily Beast

Meg Wolitzer’s novels include The Interestings; The Uncoupling; The Ten-Year Nap; The Position; The Wife; and, for young readers, The Fingertips of Duncan Dorfman. Wolitzer’s short fiction has appeared in The Best American Short Stories and The Pushcart Prize. The Interestings was named a best book of the year by Entertainment Weekly, TIME magazine, and The Chicago Tribune, and named a notable book by The New York Times Book Review and The Washington Post. Wolitzer lives in New York City with her family.