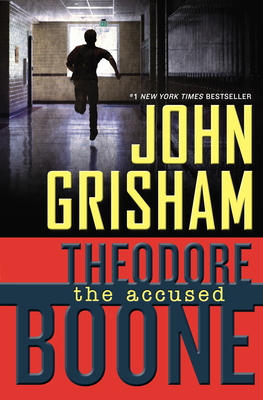 Theodore Boone is back! And he's ready for his next big case

Theo Boone might only be thirteen, but he's already uncovered key evidence in a groundbreaking murder trial and discovered the truth behind his best friend's abduction. Now with the latest unfolding of events in Strattenburg, Theo will face his biggest challenge yet.

Filled with the intrigue and page-turning suspense that made John Grisham a #1 international bestseller and the undisputed master of the legal thriller, Theodore Boone's adventures will keep readers enthralled until the very last page.

Praise For Theodore Boone: the Accused…

-“John Grisham is about as good a storyteller as we’ve got.” --The New York Times Book Review

-"Another swift Grisham thrillerette." --The New York Times on The Abduction

-"Theo is a terrific character, an everyman kind of kid. . . . There are many positive messages wrapped in this entertaining story that appeals to the kid in all of us." --USA Today, on The Abduction

"Not since Nancy Drew has a nosy, crime-obsessed kid been so hard to resist." -The New York Times

"Gripping . . . I would recommend this book to anyone who loves a good mystery."--Scholastic News

John Grisham is the author of a collection of stories, a work of nonfiction, three sports novels, four kids' books, and many legal thrillers. His work has been translated into forty-two languages. He lives near Charlottesville, Virginia.
Loading...
or
Not Currently Available for Direct Purchase