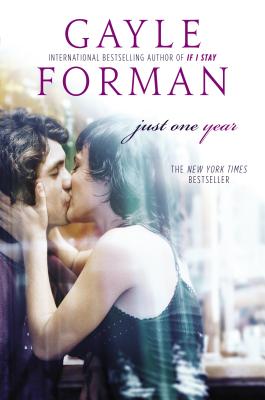 Before you find out how their story ends, remember how it began....


When he opens his eyes, Willem doesn’t know where in the world he is—Prague or Dubrovnik or back in Amsterdam. All he knows is that he is once again alone, and that he needs to find a girl named Lulu. They shared one magical day in Paris, and something about that day—that girl—makes Willem wonder if they aren’t fated to be together. He travels all over the world, from Mexico to India, hoping to reconnect with her. But as months go by and Lulu remains elusive, Willem starts to question if the hand of fate is as strong as he’d thought. . . .
The romantic, emotional companion to Just One Day, this is a story of the choices we make and the accidents that happen—and the happiness we can find when the two intersect.

Praise For Just One Year…

Accolades for Just One Year:

"An alluring story that pushes beyond the realm of star-crossed romance" —Publishers Weekly, starred review

"As satisfying as both of these books are, readers are going to wish for a third."—Booklist

Accolades for Just One Day:

Accolades for If I Stay:

“Every moment I spent reading Forman’s masterpiece drew me in more.” —NPR

Accolades for Where She Went:

“A page-turner, tearjerker and romance all in one.” —BookPage

Gayle Forman is an award-winning, internationally bestselling author and journalist. She is the author of Just One Day and Just One Year, and the companion e-novella Just One Night, as well as the New York Times bestsellers If I Stay and Where She Went. She lives in Brooklyn, New York, with her husband and daughters.
Loading...
or
Not Currently Available for Direct Purchase