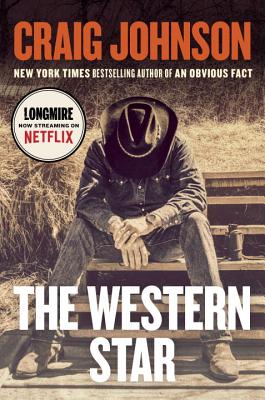 Sheriff Walt Longmire is enjoying a celebratory beer after a weapons certification at the Wyoming Law Enforcement Academy when a younger sheriff confronts him with a photograph of twenty-five armed men standing in front of a Challenger steam locomotive. It takes him back to when, fresh from the battlefields of Vietnam, then-deputy Walt accompanied his mentor Lucian to the annual Wyoming Sheriff's Association junket held on the excursion train known as the Western Star, which ran the length of Wyoming from Cheyenne to Evanston and back. Armed with his trusty Colt .45 and a paperback of Agatha Christie's Murder on the Orient Express, the young Walt was ill-prepared for the machinations of twenty-four veteran sheriffs, let alone the cavalcade of curious characters that accompanied them.

The photograph—along with an upcoming parole hearing for one of the most dangerous men Walt has encountered in a lifetime of law enforcement—hurtles the sheriff into a head-on collision of past and present, placing him and everyone he cares about squarely on the tracks of runaway revenge.

Praise For The Western Star: A Longmire Mystery…

Praise for The Western Star:

“Walt Longmire still bears the impenetrable stoicism of the American West balanced with an irrepressible humanity . . . he is balanced, like the West itself, by poetry, sensitivity and culture—a character of tremendous strength and sometimes surprising violence.”
—The Washington Post

“All aboard! The Longmire train is in the station, and you don't want to miss this one.”
—Shelf Awareness

“Bestseller Johnson pays homage to Agatha Christie in his cleverly plotted [The Western Star] . . . And [he] winds up the whodunit with a solution that Christie could never have imagined.”
—Publishers Weekly

“Entertaining and suspenseful.”
—The Washington Times

“[The Western Star is] an excellent addition to [Craig Johnson’s] Longmire series. Whether a fan of the book or Netflix series, the reader will enjoy the fast-paced action and crisp dialogue.”
—Deseret News

“Extraordinary . . . delightful . . . Readers are reminded that as compassionate and fair-minded Walt has become, there remains at his core a ruthless protective instinct for those he loves.”
—Kings River Life Magazine

“Like the greatest crime novelists, Johnson is a student of human nature. Walt Longmire is strong but fallible, a man whose devil-may-care stoicism masks a heightened sensitivity to the horrors he’s witnessed.”
—Los Angeles Times

“Johnson’s trademarks [are] great characters, witty banter, serious sleuthing, and a love of Wyoming bigger than a stack of derelict cars.”
—The Boston Globe

“Stepping into Walt’s world is like slipping on a favorite pair of slippers, and it’s where those slippers lead that provides a thrill. Johnson pens a series that should become a ‘must’ read, so curl up, get comfortable, and enjoy the ride.”
—The Denver Post

Craig Johnson is the New York Times bestselling author of the Longmire mysteries, the basis for the hit Netflix original series Longmire. He is the recipient of the Western Writers of America Spur Award for fiction, and his novella Spirit of Steamboat was the first One Book Wyoming selection. He lives in Ucross, Wyoming, population twenty-five.
Loading...
or
Not Currently Available for Direct Purchase