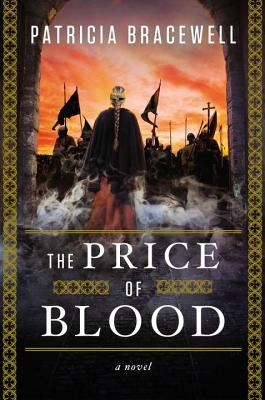 The Price of Blood

Menaced by Vikings and enemies at court, Queen Emma defends her children and her crown in a riveting medieval adventure
Readers first met Emma of Normandy in Patricia Bracewell's gripping debut novel, "Shadow on the Crown." Unwillingly thrust into marriage to England's King AEthelred, Emma has given the king a son and heir, but theirs has never been a happy marriage. In "The Price of Blood," Bracewell returns to 1006 when a beleaguered AEthelred, still haunted by his brother's ghost, governs with an iron fist and a royal policy that embraces murder.
As tensions escalate and enmities solidify, Emma forges alliances to protect her young son from ambitious men even from the man she loves. In the north there is treachery brewing, and when Viking armies ravage England, loyalties are shattered and no one is safe from the sword.
Rich with intrigue, compelling personalities, and fascinating detail about a little-known period in history, "The Price of Blood "will captivate fans of both historical fiction and fantasy novels such as George R. R. Martin's Game of Thrones series.