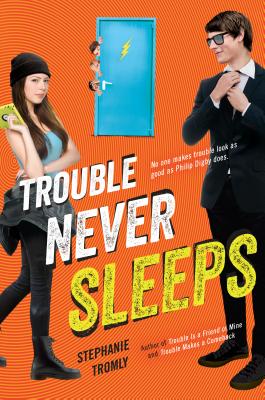 "Tromly excels at oddball character chemistry as well as crackling dialogue. . . . This zany sequel has everything to make fans of the first outing swoon."—Booklist Online

Stephanie Tromly was born in Manila, grew up in Hong Kong, graduated from the University of Pennsylvania, and worked as a screenwriter in Los Angeles. She is currently on leave from her PhD program in English Literature at the University of Toronto and lives in Winnipeg with her husband and young son. Stephanie is the author of the Trouble Is a Friend of Mine trilogy.
or support indie stores by buying on