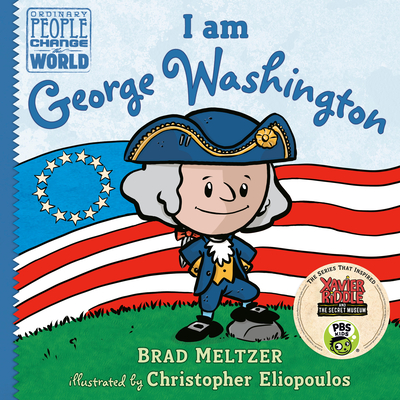 I am George Washington (Ordinary People Change the World)

Children will want to read about our first president while discussing the presidential elections. This is the ninth book in the New York Times bestselling biography series that inspires while it informs and entertains. (Cover may vary)

George Washington was never afraid to be the first to try something, from exploring the woods around his childhood home to founding a brand new nation, the United States of America. With his faith in the American people and tremendous bravery, he helped win the Revolutionary War and became the country’s first president.

• A timeline of key events in the hero’s history
• Photos that bring the story more fully to life
• Comic-book-style illustrations that are irresistibly adorable
• Childhood moments that influenced the hero
• Facts that make great conversation-starters
• A virtue this person embodies: George Washington's courage to set off a new course is highlighted here.