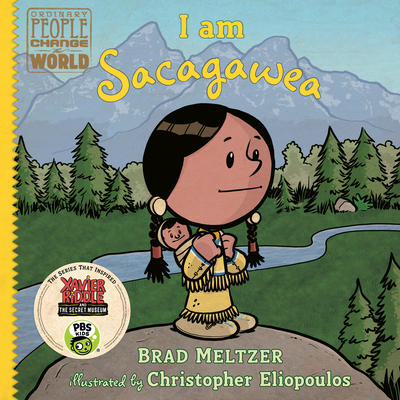 I am Sacagawea (Ordinary People Change the World)

Sacagawea, the only Indigenous person included in Lewis and Clark’s historic expedition, is the 13th hero in the New York Times bestselling picture book biography series for ages 5 to 8. (Cover may vary)

Sacagawea was the only girl, and the only Native American, to join Lewis and Clark’s Corps of Discovery, which explored the United States from the Mississippi River all the way to the Pacific Ocean in the early 1800s. As a translator, she helped the team communicate with members of the Shoshone nation across the continent, carrying her child on her back the whole way. By the time the expedition arrived at the west coast, Sacagawea had proved that she truly was a trailblazer.

• A timeline of key events in the hero’s history
• Photos that bring the story more fully to life
• Comic-book-style illustrations that are irresistibly adorable
• Childhood moments that influenced the hero
• Facts that make great conversation-starters
• A virtue this person embodies: Sacagawea's courage to be a trailblazer and forge a new path is celebrated in this biography.