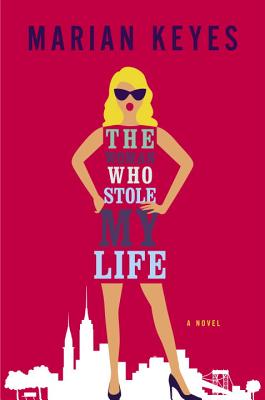 The Woman Who Stole My Life

A funny new novel from international bestselling author Marian Keyes about Irish beautician Stella Sweeney who falls ill, falls in love, then falls into a glamorous new life in New York City. When her dream life is threatened, will she rally to reclaim love and happiness?
In her own words, Stella Sweeney is just "an ordinary woman living an ordinary life with her husband and two teenage kids," working for her sister in their neighborhood beauty salon. Until one day she is struck by a serious illness, landing her in the hospital for months.
After recovering, Stella finds out that her neurologist, Dr. Mannix Taylor, has compiled and self-published a memoir about her illness. Her discovery comes when she spots a photo of the finished copy in an American tabloid--and it's in the hands of the vice president's wife As her relationship with Dr. Taylor gets more complicated, Stella struggles to figure out who she was before her illness, who she is now, and who she wants to be while relocating to New York City to pursue a career as a newly minted self-help memoirist.
Funny, fast-paced, and honest, Keyes's latest novel is full of her trademark charm and wisdom and is sure to delight her many fans.

Marian Keyes is the internationally bestselling author of more than ten novels and two autobiographical works. Several of her novels have been adapted for television and film. She was born in Limerick in 1963, and brought up in Cavan, Cork, Galway and Dublin; she spent her twenties in London, and lives now in Dun Laoghaire with her husband, Tony.
Loading...
or
Not Currently Available for Direct Purchase