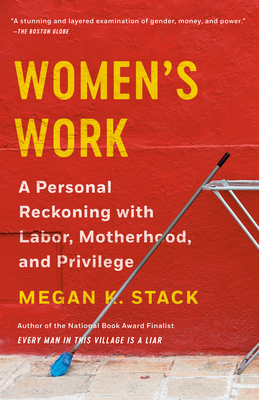 A Personal Reckoning with Labor, Motherhood, and Privilege

Praise For Women's Work: A Personal Reckoning with Labor, Motherhood, and Privilege…

Megan K. Stack is the author of Every Man in This Village Is a Liar, a finalist for the 2010 National Book Award. As a war correspondent for the Los Angeles Times, she reported from dozens of countries and was posted to Jerusalem, Cairo, Moscow, and Beijing. She was a finalist for the 2007 Pulitzer Prize in international reporting.
Loading...
or
Not Currently Available for Direct Purchase