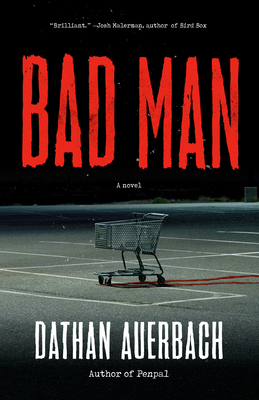 From Dathan Auerbach, the author of the horror sensation Penpal, a hauntingly dark novel about a young boy who goes missing, and the brother who won't stop looking for him.

Eric disappeared when he was three years old. Ben looked away for only a second at the grocery store, but that was all it took. His brother was gone. Vanished into the sticky air of the Florida Panhandle.

Five years later, Ben is still looking for his brother. Still searching, while his stepmother sits and waits and whispers for Eric, refusing to leave the house that Ben's father can no longer afford. Now twenty and desperate for work, Ben takes a job on the night stock crew at the only place that will have him: the store that blinked Eric out of existence.

Ben can feel there's something wrong there. With the people. With his boss. With the graffitied baler that shudders and groans and beckons. But he's in the right place. He knows the store has much to show him, so he keeps searching. Except Ben misses the most important thing of all.

DATHAN AUERBACH lives in Florida. He is the author of Penpal.
Loading...
or support indie stores by buying on
(This book is on backorder)