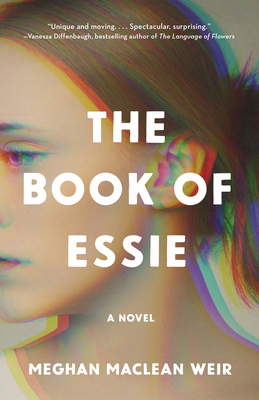 The Book of Essie (Paperback)

Esther Ann Hicks—Essie—is the youngest child on Six for Hicks, a reality television phenomenon. She's grown up in the spotlight, idolized and despised for her family's fire-and-brimstone brand of faith. So when Essie’s mother, Celia, discovers that Essie is pregnant, she immediately arranges an emergency meeting with the show’s producers. Do they sneak Essie out of the country for an abortion? Pass the child off as Celia’s? Or do they try to arrange a marriage—and a ratings-blockbuster wedding?

Meanwhile, Essie is quietly pairing herself up with Roarke Richards, a senior at her school with a secret of his own. As the newly formed couple attempt to sell their love story to the media through exclusive interviews with the infamously conservative reporter Liberty Bell, Essie finds she has questions of her own: What was the real reason for her older sister leaving home? Who can she trust with the truth about her family? And how much is she willing to sacrifice to win her own freedom?

MEGHAN MACLEAN WEIR was raised in the rectory of her father's church in Southbridge, Massachusetts, and later moved with her family to Buffalo, New York. Her memoir, Between Expectations: Lessons from a Pediatric Residency, chronicles her years in training at Boston Medical Center and Boston Children's Hospital. She continues to live and work as a physician in the Boston area. This is her first novel.

Praise For The Book of Essie…

"I was immediately captivated by The Book of Essie, a unique and moving story about a young woman whose life has been hijacked by fame, family and faith--and her spectacular, surprising plot to take it back." –Vanessa Diffenbaugh, bestselling author of The Language of Flowers and We Never Asked for Wings

"Every once in a while, a novel comes along that is both timelessly beautiful and unbelievably timely. The Book of Essie is such a story. Meghan MacLean Weir has given us a young heroine who is at once authentic and courageous — and a tale that is wonderful and mysterious and relentlessly surprising." —Chris Bohjalian, bestselling author of Midwives and The Flight Attendant

“Weir does a fine job of portraying Essie initially as a teen whose mindset is reflexively strategic, and increasingly as a young woman with an elegant intelligence and a beating and quite breakable heart.” —WBUR

"The youngest daughter of an Evangelical preacher-turned-reality TV star hatches a plan to wrangle her freedom—and expose the dark truth about her family—in Weir's debut novel... Deeply sympathetic... well-paced... and the unexpected tenderness between Essie and Roarke gives the novel genuine emotional punch." —Kirkus

"Topical… Essie's father may be a famous evangelical preacher, but her ruthless mother, Celia, runs the family empire from behind the scenes. When her family discovers Essie is pregnant, it's decided that she should marry, but whom?... Weir's narrative features some finely nuanced characters… An incisive novel." —Publishers Weekly

"A resourceful, resilient teen heroine is at the heart of Meghan MacLean Weir’s propulsive debut novel… Weir, a doctor whose first book was a memoir about her pediatric residency, doles out the details of Essie’s past slowly but steadily, gaining a momentum that keeps the pages turning… Weir is also adept at using the language of evangelical life, lending an authenticity that takes the book beyond a Duggar-family pastiche. The tentative trust that grows between Essie and Roarke gives The Book of Essie emotional depth, and the questions at its center have a surprising moral weight. Readers will root for Essie through every twist and turn of her story." —Trisha Ping, BookPage