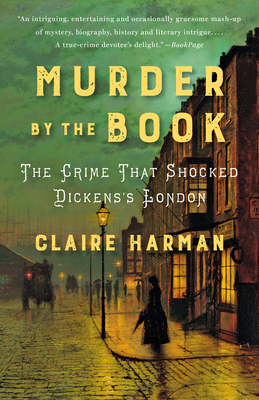 Murder by the Book

The Crime That Shocked Dickens's London

Early on the morning of May 6, 1840, the elderly Lord William Russell was found in his London house with his throat so deeply cut that his head was nearly severed. The crime soon had everyone, including Queen Victoria, feverishly speculating about motives and methods. But when the prime suspect claimed to have been inspired by a sensational crime novel, it sent shock waves through literary London and drew both Dickens and Thackeray into the fray. Could a novel really lead someone to kill? In Murder by the Book, Claire Harman blends a riveting true-crime whodunit with a fascinating account of the rise of the popular novel and the early battle for its soul among the most famous writers of the day.

Praise For Murder by the Book: The Crime That Shocked Dickens's London…

“Enthralling. . . . A page-turner that can hold its own with any one of the many murder-minded podcasts out there.” —Jezebel

“A brilliant piece of literary detective work. And though Harman is never so crass as to draw comparisons with today’s concerns over the effects of drill music or chic TV assassins, the resonances ping from every page.” —London Evening Standard

“[The] opening scene is the stuff that classic murder mysteries are made of. . . . Harman is a tireless researcher and a droll stylist.” —The Wall Street Journal

“An assiduously researched and superbly written book that ends with Harman examining unanswered questions, and reminding us that truth can be stranger than fiction." —The Minneapolis Star Tribune

“A succinct, lively narrative. . . . What elevates [it] above sensationalism is its focus on how this case heightened concern over the malevolent influence of violent entertainment.” —The Washington Post

CLAIRE HARMAN is the author of Charlotte Brontë: A Fiery Heart; Sylvia Townsend Warner, for which she won the John Llewellyn Rhys Prize; biographies of Fanny Burney and Robert Louis Stevenson; and Jane's Fame: How Jane Austen Conquered the World. She is a fellow of the Royal Society of Literature and a frequent reviewer. She divides her time between New York City and Oxford, England.
Loading...
or support indie stores by buying on