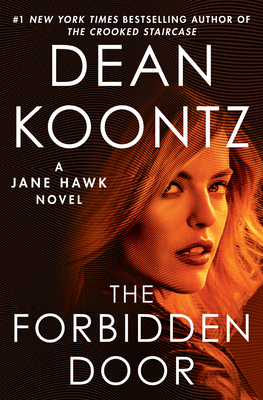 NEW YORK TIMES BESTSELLER • When this relentless rogue FBI agent comes knocking, her adversaries will have to answer—with their lives—in this thrilling Jane Hawk novel by the #1 New York Times bestselling author of The Silent Corner.

“We’re rewriting the play, and the play is this country, the world, the future. We break Jane’s heart, we’ll also break her will.”

She was one of the FBI’s top agents until she became the nation’s most-wanted fugitive. Now Jane Hawk may be all that stands between a free nation and its enslavement by a powerful secret society’s terrifying mind-control technology. She couldn’t save her husband, or the others whose lives have been destroyed, but equipped with superior tactical and survival skills—and the fury born of a broken heart and a hunger for justice—Jane has struck major blows against the insidious cabal.

But Jane’s enemies are about to hit back hard. If their best operatives can’t outrun her, they mean to bring her running to them, using her five-year-old son as bait. Jane knows there’s no underestimating their capabilities, but she must battle her way back across the country to the remote shelter where her boy is safely hidden . . . for now. As she moves resolutely forward, new threats begin to emerge: a growing number of brain-altered victims driven hopelessly, violently insane. With the madness spreading like a virus, the war between Jane and her enemies will become a fight for all their lives—against the lethal terror unleashed from behind the forbidden door.

Praise for The Forbidden Door

Praise For The Forbidden Door: A Jane Hawk Novel…

ACCLAIM FOR DEAN KOONTZ AND THE JANE HAWK NOVELS

“Beautifully plotted and written with notable care and flair . . . spellbinding . . . The Hawk series . . . is among [Koontz’s] best work.”—Booklist (starred review), on The Crooked Staircase

“A deeply layered, satisfying thriller that is character-driven and nearly impossible to put down.”—Bookreporter, on The Whispering Room

“Perhaps Koontz’s leanest, meanest thriller . . . introduces a smart, appealing heroine who can outthink as well as outshoot the baddest of bad dudes.”—Kirkus Reviews (starred review), on The Silent Corner

Dean Koontz, the author of many #1 New York Times bestsellers, lives in Southern California with his wife, Gerda, their golden retriever, Elsa, and the enduring spirits of their goldens, Trixie and Anna.
Loading...
or
Not Currently Available for Direct Purchase