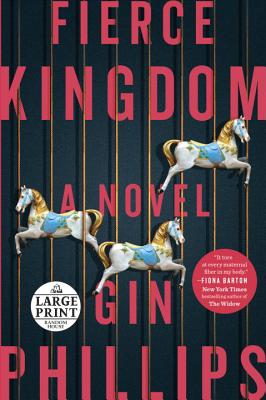 “Joan and her four-year-old son, Lincoln, are just about to conclude a day at the zoo when Joan notices an unnatural stillness and a lack of other people. She hears sounds, loud popping noises, and cannot quite determine what they might be. Then she notices the bodies. How quickly life shifts from a dream to a nightmare. She shushes Lincoln and hurries away, back into the zoo she knows so well, intent on finding a hiding spot until help arrives. This is an absolutely gripping exploration of what it is like to be hunted, to be trapped and awaiting rescue but still able to connect, with cell phone glimpses, to that other life that now seems so tenuous in the midst of real danger.”
— Deon Stonehouse, Sunriver Books, Sunriver, OR
View the List

“Warning: you'll finish this in one sitting.” —TheSkimm

“Expertly made thriller . . . clever and irresistible.” —The New York Times

An electrifying novel about the primal and unyielding bond between a mother and her son, and the lengths she’ll go to protect him.

The zoo is nearly empty as Joan and her four-year-old son soak up the last few moments of playtime. They are happy, and the day has been close to perfect. But what Joan sees as she hustles her son toward the exit gate minutes before closing time sends her sprinting back into the zoo, her child in her arms. And for the next three hours—the entire scope of the novel—she keeps on running.

Joan’s intimate knowledge of her son and of the zoo itself—the hidden pathways and under-renovation exhibits, the best spots on the carousel and overstocked snack machines—is all that keeps them a step ahead of danger.

A masterful thrill ride and an exploration of motherhood itself—from its tender moments of grace to its savage power—Fierce Kingdom asks where the boundary is between our animal instinct to survive and our human duty to protect one another. For whom should a mother risk her life?

Gin Phillips is the award-winning author of The Well and the Mine and Come In and Cover Me. She lives in Birmingham, Alabama, with her family.
or
Not Currently Available for Direct Purchase