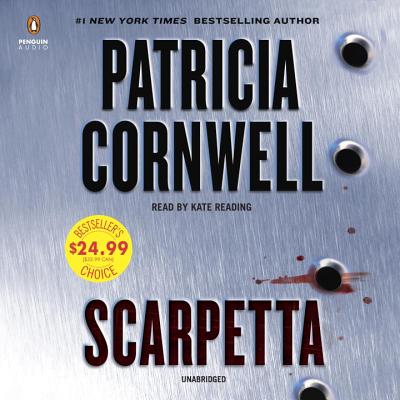 Patricia Cornwell is considered one of the world's bestselling crime writers. Her intrepid medical examiner Kay Scarpetta first appeared on the scene in 1990 with Postmortem—the only novel to win the Edgar, Creasey, Anthony, and Macavity awards and the French Prix du Roman d'Aventure in a single year—and Cruel and Unusual, which won Britain's prestigious Gold Dagger Award for the best crime novel of 1993. Dr. Kay Scarpetta herself won the 1999 Sherlock Award for the best detective created by an American author. Ms. Cornwell's work is translated into 36 languages across more than 120 countries.

Kate Reading is the recipient of three AudioFile Earphones Awards, and has narrated everything from Patricia Cornwell to George Eliot. Her favorite BOT recordings include Like Water for Chocolate, Middlemarch, and Robert Jordan’s Wheel of Times series, which she narrated with her husband, Michael Kramer.
Loading...
or
Not Currently Available for Direct Purchase