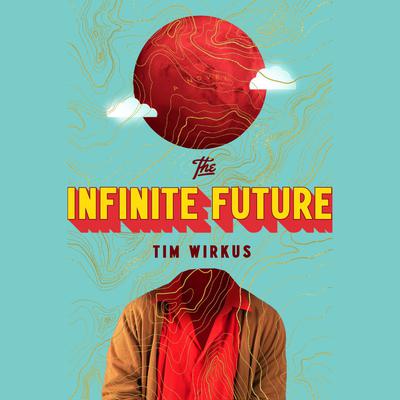 An exhilarating, original novel, set in Brazil, Idaho, and outer space, about an obsessive librarian, a down-at-heel author, and a disgraced historian who go on the hunt for a mystical, life-changing book--and find it.

The Infinite Future is a mindbending novel that melds two page-turning tales in one. In the first, we meet three broken people, joined by an obsession with a forgotten Brazilian science-fiction author named Salgado-MacKenzie. There's Danny, a writer who's been scammed by a shady literary award committee; Sergio, journalist turned sub-librarian in São Paulo; and Harriet, an excommunicated Mormon historian in Salt Lake City, who years ago corresponded with the reclusive Brazilian writer. The motley trio sets off to discover his identity, and whether his fabled masterpiece--never published--actually exists. Did his inquiries into the true nature of the universe yield something so enormous that his mind was blown for good?

Tim Wirkus is the author of one previous novel, City of Brick and Shadow (Tyrus Books, 2014), which was a finalist for the Shamus Award and the winner of the Association for Mormon Letters Best Novel Award. His short fiction has appeared in The Best American Non-Required Reading, Subtropics, Cream City Review, Weird Fiction Review, Gargoyle, and elsewhere. His novella, Sandy Downs, won the 2013 Quarterly West novella contest. He's currently a doctoral candidate in the University of Southern California's Creative Writing and Literature Program.