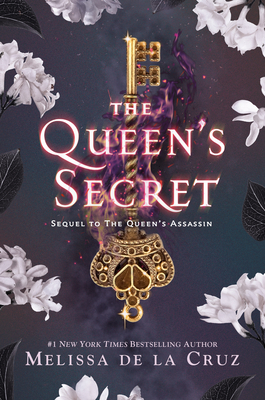 Lilac's birthright makes her the Queen of Renovia, and a forced marriage made her the Queen of Montrice. But being a ruler does not mean making the rules. For Lilac, taking the throne means giving up the opportunity to be with love of her life, the kingdom's assassin, Caledon Holt.

Worse, Cal is forced to leave the castle when a horrific set of magical attacks threatens Lilac's sovereignty. Now Cal and Lilac will have to battle dark forces separately, even though being together is the only thing that's ever saved them.

In the riveting conclusion to Melissa De La Cruz's fantasy duet, love and magic are at war, and victory rests on a knife's edge.

Melissa de la Cruz is the #1 New York Times, #1 Publisher’s Weekly and #1 IndieBound bestselling author of many critically acclaimed and award-winning novels for readers of all ages. Her books have topped USA Today, Wall Street Journal and Los Angeles Times bestseller lists and been published in more than twenty countries. She is best-known for her Blue Bloods series (with more than three million copies in print), The Descendants books based on the Disney Channel films, and the Witches of East End novels, which were turned into a two-season drama series on Lifetime Television. Melissa de la Cruz lives in West Hollywood with her husband and daughter.
Loading...
or support indie stores by buying on