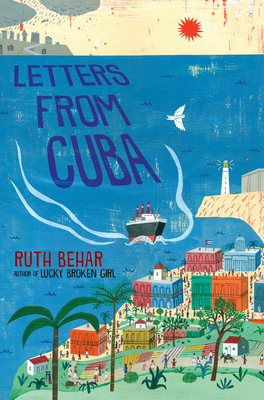 Ruth Behar, the Pura Belpré Award-winning author of Lucky Broken Girl, was born in Havana, Cuba, grew up in New York, and has also lived in Spain and Mexico. In addition to writing for young people, her work includes poetry, memoir, and the acclaimed travel books An Island Called Home and Traveling Heavy, which explore her return journeys to Cuba and her search for home. She was the first Latina to win a MacArthur "Genius" Grant, and other honors include a John Simon Guggenheim Fellowship, and being named a "Great Immigrant" by the Carnegie Corporation. She is an anthropology professor at the University of Michigan and lives in Ann Arbor, Michigan.
(Twitter: @ruthbehar / Instagram: ruthbeharauthor / Facebook: Ruth-Behar / Websites: sites.lsa.umich.edu/ruth-behar; ruthbehar.com; Carnegie Corporation, 2018 "Great Immigrants Honoree": carnegie.org/awards/honoree/ruth-behar)
Loading...
or support indie stores by buying on