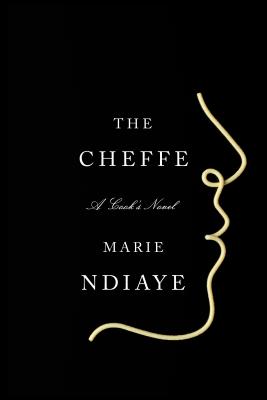 From the celebrated French writer Marie NDiaye--Prix Goncourt-winning author of Three Strong Women--comes the story of the Cheffe: a woman who lives in the single-minded pursuit of creating incomparable culinary delights.

Born into poverty in southwestern France, as a teenager the Cheffe takes a job working for a wealthy couple in a neighboring town. It is not long before it becomes clear that she has an unusual, remarkable talent for cooking, and soon her sheer talent and ambition put her in charge of the couple’s kitchen. Though she revels in the culinary spotlight, the Cheffe remains secretive about the rest of her life. She shares nothing of her feelings or emotions. She becomes pregnant but will not reveal her daughter’s father. And when the demands of her work become too great, she leaves her baby in the care of her family and sets out to open her own restaurant, to rave reviews. As time goes on, the Cheffe’s relationship with her daughter remains fraught, and eventually it threatens to destroy everything the Cheffe has spent her life perfecting. Told from the perspective of the Cheffe’s former assistant and unrequited lover, this stunning novel by Marie NDiaye is a gustatory tour de force.

“Marie NDiaye is so intelligent, so composed, so good, that any description of her work feels like an understatement . . . . There’s the evenness of her prose, eminently polished, deliciously rhythmic, that seems to glide over the violence underneath . . . . Who is this writer? And how did she get to be so good? . . . . The Cheffe is a powerful reminder that any act of creation requires an act of patronage; there is no pure creation without the audience that consumes it.”
—Madeleine Schwartz, The New York Review of Books

“[A] portrait of a woman comfortable in her own skin, in…hypnotic prose that stalks and surrounds its subject as though hypnotizing it.”
—Eric Chevillard, Music & Literature no.8

MARIE NDIAYE was born in Pithiviers, France, in 1967; spent her childhood with her French mother (her father was Senegalese); and studied linguistics at the Sorbonne. In 2001, she was awarded the prestigious Prix Femina for her novel Rosie Carpe; in 2009, the Prix Goncourt for Three Strong Women; and, in 2015, the Gold Medal in the Arts from the Kennedy Center International Committee on the Arts.
Loading...
or support indie stores by buying on