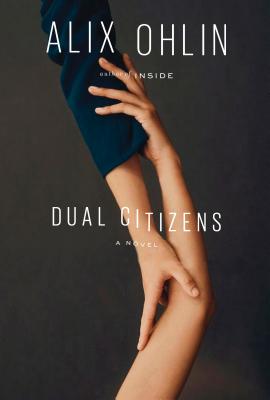 Shortlisted for the 2019 Scotiabank Giller Prize

"Evocative . . . traces [its] characters over long arcs of time and place with equal amounts grace and wit. Most revelatory is the way that each [sister] fights to find her own life as an artist outside the expectations of others and the demands of a male-dominated world." --Vogue

A masterful achievement: a joint coming-of-age story and an achingly poignant portrait of the strange, painful, ultimately life-sustaining bonds between sisters.

Lark and Robin are half-sisters whose similarities end at being named for birds. While Lark is shy and studious, Robin is wild and artistic. Raised in Montreal by their disinterested single mother, they form a fierce team in childhood regardless of their differences. As they grow up, Lark excels at school and Robin becomes an extraordinary pianist. At seventeen, Lark flees to America to attend college, where she finds her calling in documentary films, and her sister soon joins her.

Later, in New York City, they find themselves tested: Lark struggles with self-doubt, and Robin chafes against the demands of Juilliard. Under pressure, their bond grows strained and ultimately is broken, and their paths abruptly diverge. Years later, Lark's life is in tatters and Robin's is wilder than ever. As Lark tries to take charge of her destiny, she discovers that despite the difficulties of their relationship, there is only one person she can truly rely on: her sister.

In this gripping, unforgettable novel about art, ambition, sisterhood, motherhood, and self-knowledge, Alix Ohlin traces the rich and complicated lives of two indelible women. Dazzlingly insightful and beautifully crafted, Dual Citizens captures the unique language of sisters and makes visible the imperceptible strings that bind us to the ones we love for good.

ALIX OHLIN is the author of four previous books, most recently the novel Inside, which was a finalist for the Scotiabank Giller Prize and the Rogers Writers' Trust Fiction Prize. Her work has appeared in The New Yorker, Tin House, Best American Short Stories, and many other places. She lives in Vancouver, where she chairs the creative writing program at the University of British Columbia.

Praise For Dual Citizens: A novel…

“Evocative . . . traces [its] characters over long arcs of time and place with equal amounts grace and wit. Most revelatory is the way that each [sister] fights to find her own life as an artist outside the expectations of others and the demands of a male-dominated world.”—Rebecca Bengal, Vogue

"[A] compulsive read . . . Ohlin asks questions about sisterhood, motherhood and self-knowledge in this novel about how we care for one another"—The Globe and Mail

“[An] engrossing, intricate tale . . . Ohlin smartly chooses a broad scope and expertly weaves disparate lives into a singular thread, making for an exceptional depiction of the bond between sisters.”—Publishers Weekly

“[Dual Citizens] is a lovely, deeply moving work. A lyrical account of the lives of two women, their failures and hopes, and ultimately their quiet redemption. . . . [Ohlin] asks smart, complicated questions not only about family, but also about the nature of narrative itself—whether in literature or in film—about the difference between artifice and truth and the meaning of nostalgia.”—Kirkus

“Luminous . . . Ohlin’s touching, beautifully crafted story traces the unbreakable bond holding the sisters together, even when miles apart, through many changes.”—Booklist

“Ohlin’s prose and insight are luminous . . . As with her prior novel, Inside, Ohlin is adroit at articulating her characters’ internal dialogues, and it becomes apparent to the reader as it does to both women that they are at their most harmonious when connected to each other. ”—Shelf Awareness

“I hesitate to call Dual Citizens Alix Ohlin’s best book—because her previous ones are among my favorite recent works of fiction—but it’s perhaps her most entrancing. This is a spellbinding, fever-dream of a tale that will leave you forever changed, and will surely earn Ohlin a place among the greatest writers of our generation. I loved it.”—Joanna Rakoff, author of My Salinger Year

“Ohlin’s story of sisters wraps its tendrils deep as any family. Dual Citizens leads a reader through landscapes of compassion and crisis in this deeply felt, iridescent novel of the spells and surprises a sibling creates.”—Samantha Hunt, author of The Dark Dark

“There’s so much life in this novel! Alix Ohlin is such an effortless, absorbing stylist, and with Dual Citizens she has given us a story about family and sacrifice that will give readers a great deal to consider. It’s a wonderful book that you will want to share.”—Owen King, author of Double Feature

“For long-time admirers of Alix Ohlin’s fiction, the psychological complexity and keen observations in this novel will come as no surprise. In Dual Citizens, Ohlin examines the conflicting desires of two sisters from Montreal with a riveting precision reminiscent of fellow Montreal native Mavis Gallant. However, unlike Gallant’s Montreal girls, Ohlin’s are not of a generation ‘trained to be patient’ but to follow their ambitions. A lifelong witness to one’s shifting longings, this wise and luminous novel shows, is a sibling.”—Idra Novey, author of Those Who Knew

“Alix Ohlin is a thrilling and singular writer who intimately captures and celebrates a lifetime of desires, disappointments, and everyday triumphs in these two sisters’ lives. I couldn’t stop thinking about it: Dual Citizens will take up residency in your mind and heart for quite some time.”—Jennifer Gilmore, author of The Mothers

“This novel sneaks up on you the way life does—full of chance and yearning. It’s a precise, subtle, sad and graceful story about how we care for each other, and how we try to, and how we fail.”—Jia Tolentino, author of Trick Mirror
or
Buy Here
Copyright © 2020 American Booksellers Association