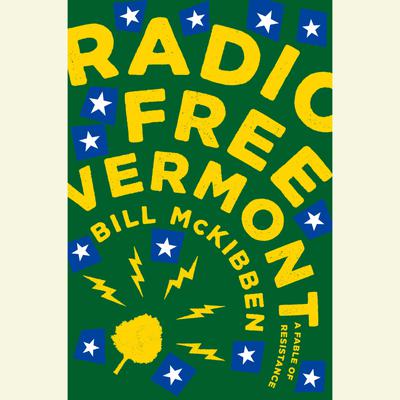 
As the host of Radio Free Vermont--"underground, underpowered, and underfoot"--seventy-two-year-old Vern Barclay is currently broadcasting from an "undisclosed and double-secret location." With the help of a young computer prodigy named Perry Alterson, Vern uses his radio show to advocate for a simple yet radical idea: an independent Vermont, one where the state secedes from the United States and operates under a free local economy. But for now, he and his radio show must remain untraceable, because in addition to being a lifelong Vermonter and concerned citizen, Vern Barclay is also a fugitive from the law.

Bill McKibben is an author and environmentalist. His 1989 book The End of Nature is regarded as the first book for a general audience about climate change, and has appeared in 24 languages; he's gone on to write a dozen more books, including Eaarth and Oil and Honey. He is a founder of 350.org, the first planet-wide, grassroots climate change movement, which launched the fast-growing fossil fuel divestment movement. McKibben lives in Vermont.