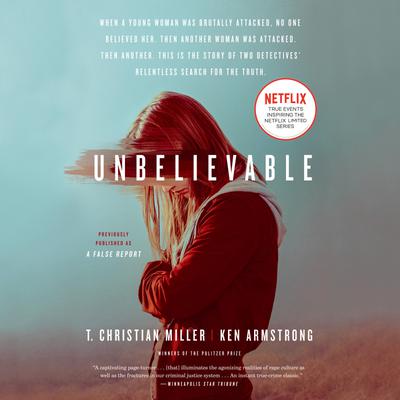 Two Pulitzer Prize-winning journalists tell the riveting true story of Marie, a teenager who was charged with lying about having been raped, and the detectives who followed a winding path to arrive at the truth.

T. Christian Miller joined ProPublica as a senior reporter in 2008. Before that, he worked for the Los Angeles Times, where he covered politics, wars, and was once kidnapped by leftist guerrillas in Colombia. Ken Armstrong, a reporter for The Marshall Project, previously worked at the Seattle Times and Chicago Tribune, where his work helped prompt the Illinois governor to suspend executions and empty death row. He has been the McGraw Professor of Writing at Princeton and a Nieman Fellow at Harvard. They have both been awarded numerous prizes, including the Pulitzer.