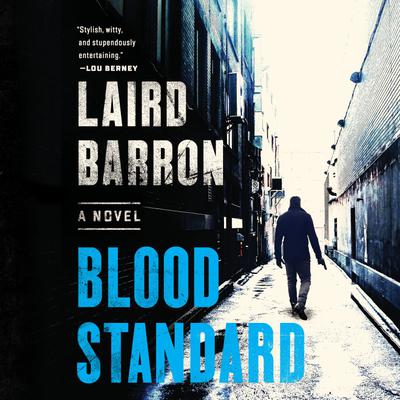 A novel set in the underbelly of upstate New York that's as hardboiled and punchy as a swift right hook to the jaw, a classic noir for fans of James Ellroy and John D. Macdonald.

Isaiah Coleridge is a mob enforcer in Alaska--he's tough, seen a lot, and dished out more. But when he forcibly ends the money-making scheme of a made man, he gets in the kind of trouble that can lead to a bullet behind the ear.

Saved by the grace of his boss and exiled to upstate New York, Isaiah begins a new life, a quiet life without gunshots or explosions. Except a teenage girl disappears, and Isaiah isn't one to let that slip by. And delving into the underworld to track this missing girl will get him exactly the kind of notice he was warned to avoid.

At turns brutally shocking and darkly funny, heartbreaking and cautiously hopeful, Blood Standard is both a high-tension crime novel and the story of a man's second chance--the parts of his past he will never escape, and the parts that will shape his future.

LAIRD BARRON was born in Alaska, where he raised huskies and worked in the construction and fishing industries for much of his youth. He is the author of several short story collections and two novels, and his work has also appeared in many magazines and anthologies. A multiple Locus, World Fantasy, and Bram Stoker award nominee, he is also a three-time winner of the Shirley Jackson Award. Barron lives in Kingston, NY.