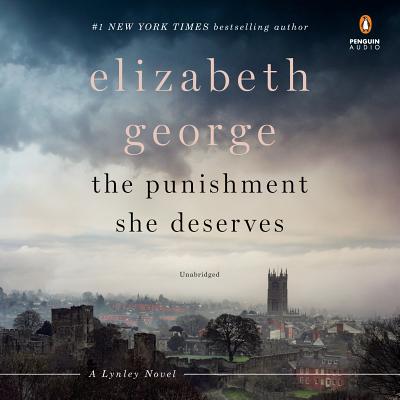 The Punishment She Deserves

“The Punishment She Deserves contains all the trademarks that have made George a grandee of the genre: an intricate and thoughtful plot (this one includes various forms of addiction and numerous examples of misguided parenting), a multiplicity of carefully conceived and richly executed characters and the continuing evolution of Lynley’s and Havers’ personas. No George novel—and especially not this effort—is one through which the reader should sprint. Instead, take time to reflect on the issues George raises—and to savor her genius.”
—The Richmond Times-Dispatch

“Meaty, psychologically probing . . . Lynley becomes, for a significant portion of the narrative, a kind of peripheral player, yielding the investigative center stage to his colleague, Detective Sgt. Barbara Havers. This is a canny and risky move on George’s part, and she makes it work through building Havers into a character who’s fascinating in large part for how different she is from Lynley; their personal contrasts fuel the novel.”
—The Christian Science Monitor

“Elizabeth George knows how to keep a reader turning the pages of her books. . . . George takes her time to delve into the complexities of community, relationship and truth, all while keeping the suspense turned up enough to keep the story in motion. Few mystery writers create a sense of place in the excellent way that George does her. Her characters, fully realized and multi-dimensional, move in the world she builds in a way that feels autonomous and true. Readers of the series and newcomers to George’s work alike will be thrilled with this impeccably crafted novel.”
—The Citizen-Times

“Bold, invigorating, and entertaining . . . Readers coming to George for the first time will be just as enthralled and satisfied as longtime fans of the immensely rewarding series.”
—Mystery Scene Magazine

“George is an ascended master of the artfully tangled plot, elaborate without being overly busy; everyone who enters into the picture plays a part . . . Long but rewarding: trademark George, with elements of the classic procedural nicely joined to today’s headlines. Fans won’t be disappointed.”
—Kirkus

“Bolstered by George’s polished prose, the twentieth Lynley mystery moves briskly along, showing the author at the peak of her powers.”
—Booklist (starred review)

“George tackles a number of emotionally charged social issues with sensitivity and grace. Exquisitely rendered characters and a powerful sense of place enhance the meticulously crafted mystery, which satisfies as a standalone while furthering the series arc.”
—Publishers Weekly (starred review)

Elizabeth George is the New York Times bestselling author of twenty psychological suspense novels, four young adult novels, one book of nonfiction, and two short-story collections. Her work has been honored with the Anthony and Agatha awards, two Edgar nominations, and both France's and Germany's first prize for crime fiction, as well as several other prestigious prizes. She lives in Washington State.
Loading...
or
Not Currently Available for Direct Purchase