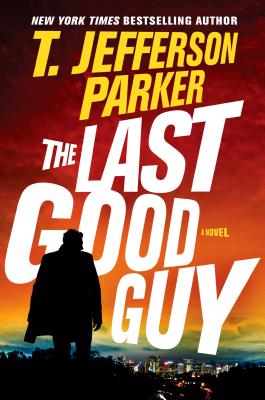 In this electrifying new thriller from three-time Edgar Award winner and New York Times bestseller T. Jefferson Parker, Private Investigator Roland Ford hunts for a missing teenager and uncovers a dark conspiracy in his most personal case yet.

When hired by a beautiful and enigmatic woman to find her missing younger sister, private investigator Roland Ford immediately senses that the case is not what it seems. He is soon swept up in a web of lies and secrets as he searches for the teenager, and even his new client cannot be trusted. His investigation leads him to a secretive charter school, skinhead thugs, a cadre of American Nazis hidden in a desert compound, an arch-conservative celebrity evangelist--and, finally, to the girl herself. The Last Good Guy is Ford's most challenging case to date, one that will leave him questioning everything he thought he knew about decency, honesty, and the battle between good and evil...if it doesn't kill him first.

Praise For The Last Good Guy (A Roland Ford Novel #3)…

Praise for The Last Good Guy

“The Last Good Guy [is] the latest entry in an engaging series of novels by T. Jefferson Parker…All the good gals and guys in Mr. Parker’s winning story have the reader rooting for them, and of course they root for one another.”—The Wall Street Journal

“Mystery writer T. Jefferson Parker stands out with The Last Good Guy… [this] is the best Roland Ford mystery yet, and one of Parker’s strongest. It’s a twisty cautionary tale that will leave readers pondering the damage done in the name of misguided religious fervor and patriotism and yearning for more good guys like Ford to bring justice to our world.”—Los Angeles Times

“Parker tells the tale in tight, vivid prose that at times borders on the lyrical.”—Associated Press

“T. Jefferson Parker is one of our great novelists as well as thriller writers, the reasons for which are all keenly on display in The Last Good Guy…  [the novel] may share ground tonally with the works of the genre’s masters, but Parker has wondrously carved out his own territory as well in crafting an extraordinary, pitch-perfect tale that just might be the best crime thriller of 2019.”—Providence Journal

“[T. Jefferson Parker] does a masterly job of ratcheting up the tension, and the often lyrical prose is a pleasure to read. This entry could well earn three-time Edgar Award–winner Parker a fourth Edgar.”—Publishers Weekly (starred review)

“In this powerful thriller, Parker leaves us aching for the damaged souls left behind by false prophets and hate-mongers, and hoping that there still really are some good guys.”—Booklist (starred review)

“In the third case for his franchise hero, the prolific Parker summons the memory of retro hard-boiled crime yarns.”—Kirkus Reviews

“As is typical for Parker's novels, the stage upon which the story unfolds is a microcosm of today's America, with racism and intolerance, the escalating struggle between conservatives and liberals and the pervasive intelligence of megachurches and the politics espoused therein. As is also typical of Parker's novels, it is a mighty fine read.”—BookPage

“Parker delivers another exceptional noir....Readers of C.J. Box will enjoy the strong character development, fans of James Patterson will delight in the twists and turns, while T.C. Boyle fans will appreciate the atmospheric California setting.”—Library Journal

“Character-driven with plenty of action and evocative SoCal scenery.”—The Day

“T. Jefferson Parker draws the classical hard-boiled detective story out of its mythic past and into our contemporary landscape, much like the last great exemplar of the form, Ross Macdonald—and like Macdonald, Parker goes deeper with each book. The payoff for his readers is serious thrills.”—Jonathan Lethem

“The Last Good Guy, the third outing for smart, tough, insightful, sympathetic Private Investigator Roland Ford, is nothing short of brilliant as it morphs from a simple missing persons case into a complex and nuanced exploration of the dark side of American culture.”—John Lescroart

“T. Jefferson Parker’s The Last Good Guy is a riveting crime drama with an engaging hero up against insurmountable odds as he tries to track down a woman’s missing sister. With intelligence, action, and humor, the pages turn themselves to a thrilling climax.”—Mark Greaney

T. Jefferson Parker is the author of numerous novels and short stories, the winner of three Edgar Awards, and the recipient of a Los Angeles Times Book Prize for best mystery. Before becoming a full-time novelist, he was an award-winning reporter. He lives in Fallbrook, California, and can be found at tjeffersonparker.com.
Loading...
or
Not Currently Available for Direct Purchase