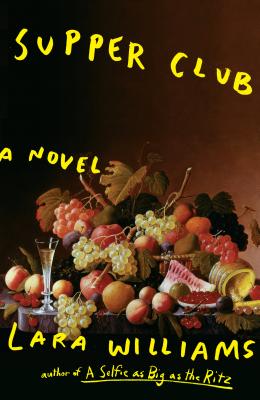 “I ADORED Supper Club. It's the most visceral, satisfying, wildly indulgent thing I've read in years—clever and subtle about growing up and learning how to embody conflicting desires, as a woman and an animal. I wanted to stand on the roof, beat my chest and bellow like some kind of mad dinner gong for repressed women. I was hungry for this book, and I know many other women will be too.”—Emma Jane Unsworth, author of Animal

Lara Williams is the author of the short story collection A Selfie as Big as the Ritz, and her writing has been featured in The Guardian, The Independent, Vice, the Times Literary Supplement, McSweeney's, and elsewhere. She has been nominated for a Pushcart Prize and is featured in Best British Short Stories 2017. She writes and teaches creative writing at Manchester Metropolitan University. She lives in Manchester, England.
Loading...
or
Not Currently Available for Direct Purchase