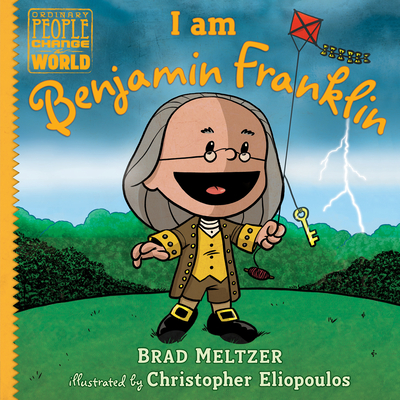 I am Benjamin Franklin (Ordinary People Change the World)

The 21st book in the New York Times bestselling series of biographies about heroes tells the story of Benjamin Franklin, one of the Founding Fathers of the U.S. who helped draft the Declaration of Independence while making important scientific contributions.

This friendly, fun biography series focuses on the traits that made our heroes great--the traits that kids can aspire to in order to live heroically themselves. Each book tells the story of an icon in a lively, conversational way that works well for the youngest nonfiction readers and that always includes the hero's childhood influences. At the back are an excellent timeline and photos.Driven by his curiosity from a young age, Benjamin Franklin's observations about the world led to key discoveries about electricity and other contributions that remain important today.