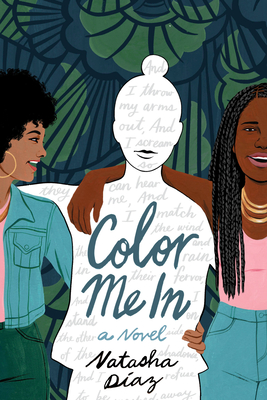 A powerful coming-of-age novel, pulled from personal experience, about the meaning of friendship, the joyful beginnings of romance, and the racism and religious intolerance that can both strain a family to the breaking point and strengthen its bonds.

Only when Nevaeh stumbles upon a secret from her mom's past, finds herself falling in love, and sees firsthand the prejudice her family faces does she begin to realize she has her own voice. And choices. Will she continue to let circumstances dictate her path? Or will she decide once for all who and where she is meant to be?

"Highly relatable. . . .Nevaeh learns that identity is as beautiful as it is complicated, and readers will chear her on as she gradually becomes empowered to stand up for herself and others." -- Jewish Book Council

Natasha Díaz is a freelance writer and producer. As a screenwriter, Natasha has been a quarterfinalist in the Austin Film Festival and a finalist for both the NALIP Diverse Women in Media Fellowship and the Sundance Episodic Story Lab. Her personal essays have been published in the Establishment and the Huffington Post. Color Me In is her debut young adult novel. A born and raised New Yorker, Natasha currently resides in Brooklyn, New York.