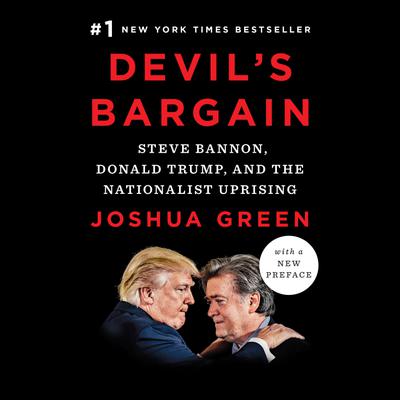 Joshua Green is a senior national correspondent for Bloomberg Businessweek, focusing on political coverage for the magazine and Bloomberg News. Previously, Green was a senior editor of the Atlantic, a weekly political columnist for the Boston Globe, and an editor at the Washington Monthly. He has also written for the New Yorker, Esquire, Rolling Stone, and other publications. Green regularly appears on MSNBC’s Morning Joe, NBC's Meet the Press HBO's Real Time with Bill Maher, and PBS’s Washington Week.