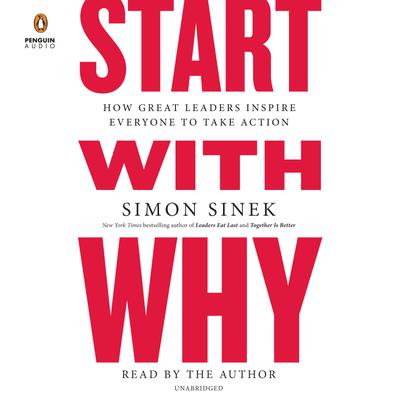 Start with Why (Digital Audiobook)

SIMON SINEK, the bestselling author of LEADERS EAT LAST and TOGETHER IS BETTER, is an optimist who believes in a brighter future for humanity.  He teaches leaders and organizations how to inspire people and has presented his ideas around the world, from small startups to Fortune 50 corporations, from Hollywood to Congress to the Pentagon. His TED Talk based on START WITH WHY is the third most popular TED video of all time.  Learn more about his work and how you can inspire those around you at StartWithWhy.com.