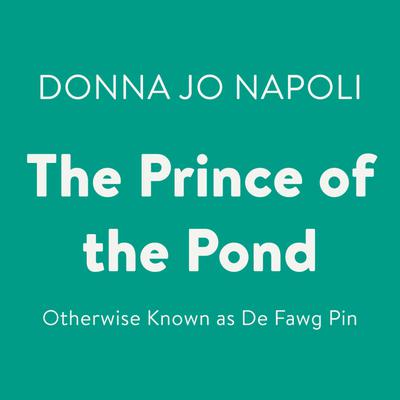 The Prince of the Pond (Digital Audiobook)

From the author of The Magic Circle, Zel, and Stones in Water.

Who is that handsome green stranger? None of the pond dwellers has ever seen the peculiar new frog before. They found him sitting in a pile of human clothes outside the hag’s house. What a strange frog he is! He gets his feet tangled when he tries to jump, he refuses to eat bugs, and he can’t tell a toad from a frog. He calls himself “De Fawg Pin,” and he’s about to turn pond life topsy-turvy!

“The frog prince motif has inspired many books, but few as original as this novel.”—Booklist

“An animal fantasy that fairy tale readers will relish.”—Bulletin of the Center for Children’s Books, starred review

Donna Jo Napoli is the author of many books for children and young adults including, The Magic Circle, Zel, and Stones in Water. She has won numerous awards, including the Golden Kite Award and the Sydney Taylor Award for Stones in Water.