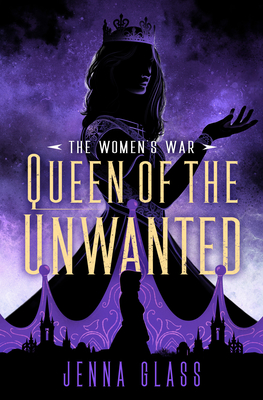 Queen of the Unwanted (The Women's War #2)

In the riveting sequel to the feminist fantasy epic The Women's War, the ability to do magic has given women control over their own bodies. But as the patriarchy starts to fall, they must now learn to rule as women, not men.

Alys may be the acknowledged queen of Women’s Well—the fledgling colony where women hold equal status with men—but she cares little for politics in the wake of an appalling personal tragedy. It is grief that drives her now. But the world continues to turn.

In a distant realm unused to female rulers, Ellin struggles to maintain control. Meanwhile, the king of the island nation of Khalpar recruits an abbess who he thinks holds the key to reversing the spell that Alys’s mother gave her life to create. And back in Women’s Well, Alys’s own half brother is determined to bring her to heel. Unless these women can come together and embrace the true nature of female power, everything they have struggled to achieve may be at risk.

Praise For Queen of the Unwanted (The Women's War #2)…

“An epic fantasy for the #MeToo era . . . It is refreshing to see women becoming heroes in a world that wishes to keep them muzzled. . . . While feminist science fiction and fantasy books have been around for decades—see Octavia Butler, Ursula K. Le Guin and Anne McCaffrey—tales that reflect recent feminist movements like #MeToo are an essential next step.”—The New York Times Book Review

“The interconnected story lines, excellent pacing, and heart-wrenching ending will have readers clamoring for the next book.”—Booklist (starred review)

“Stands out as both social commentary on contemporary issues of bodily autonomy, gender, and social power and as feminist retribution fantasy, made manifest through an appealing epic fantasy setting and grounded in a carefully designed magic system.”—Publishers Weekly (starred review)

“I am very here for this book . . . the first in what’s sure to be an incredible series.”—SyFyWire

“A blend of the traditional Western European epic fantasy and the birth control revolution of the 1960s, The Women’s War takes the reader on a journey toward revolution. . . . A fascinating and entertaining read, and a welcome addition to the world of epic fantasy.”—New York Journal of Books

“The Women’s War is #MeToo and #Resistance and #ProChoice through the lens of epic fantasy. Read it.”—Nicola Griffith

Jenna Glass made her foray into epic fantasy with The Women’s War, but she wrote her first book—an “autobiography”—in the fifth grade. She began writing in earnest in college and proceeded to collect a dizzying array of rejections for her first seventeen novels. Nevertheless, she persisted, and her eighteenth novel became her first commercial sale. Within a few years, Glass became a full-time writer, and she has never looked back. She has published more than twenty novels under various names.
Loading...
or support indie stores by buying on