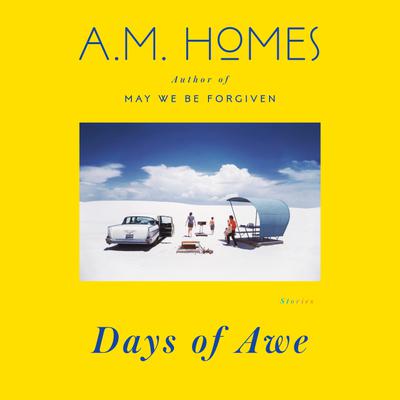 By A. M. Homes, Various (Narrator)

A razor-sharp story collection from a writer who is always "furiously good" (Zadie Smith, bestselling author of Swing Time).

With her signature humor and compassion, A.M. Homes exposes the heart of an uneasy America in her new collection - exploring our attachments to each other through characters who aren't quite who they hoped to become, though there is no one else they can be.

In "A Prize for Every Player," a man is nominated to run for president by the customers of a big box store, while he and his family do their weekly shopping. At a conference on genocide(s) in the title story, old friends rediscover themselves and one another - finding spiritual and physical comfort in ancient traditions. And in "Hello Everybody" and "She Got Away," Homes revisits a Los Angeles family obsessed with the surfaces and frightened of what lives below.

In the nearly three decades since her seminal debut collection The Safety of Objects, Homes has been celebrated by readers and critics alike as one of our boldest and most original writers, acclaimed for her psychological accuracy and "satire so close to the truth it's terrifying" (Ali Smith). Her first book since the Women's Prize-winning May We Be Forgiven, Days of Awe is a major new addition to her body of visionary, fearless, outrageously funny work.

A.M. HOMES was born in Washington D.C. graduated from Sarah Lawrence College and the University of Iowa, lives in New York City and teaches at Princeton University. She is the author of ten books, including the bestselling memoir The Mistress's Daughter. She is a contributing editor to Vanity Fair; works in TV, most recently co-executive producing Falling Water and Stephen King's Mr. Mercedes; and is therecipient of awards including the Guggenheim, NEA, and NYFA fellowships. Her latest novel, May We Be Forgiven, won the Women's Prize for Fiction, 2013, and has been optioned for film by Unanimous Entertainment.