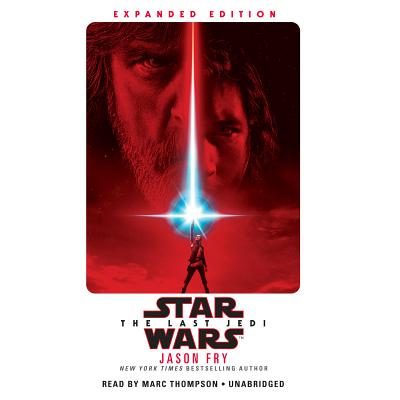 Written with input from director Rian Johnson, this official adaptation of Star Wars: The Last Jedi expands on the film to include scenes from alternate versions of the script and other additional content.

Jason Fry is the author of Star Wars: The Last Jedi and has written or co-written more than forty novels, short stories, and other works set in the galaxy far, far away. His previous books include the Servants of the Empire quartet and the young-adult space-fantasy series The Jupiter Pirates. He lives in Brooklyn with his wife and son and about a metric ton of Star Wars stuff.
or
Not Currently Available for Direct Purchase
Copyright © 2020 American Booksellers Association