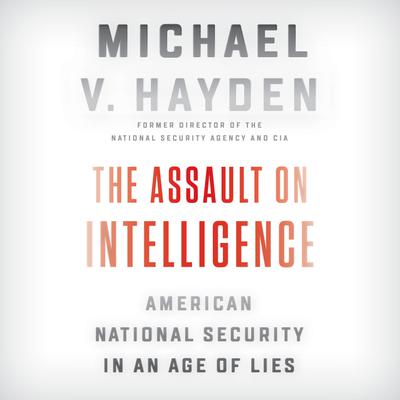 The Assault on Intelligence (Digital Audiobook)

MICHAEL HAYDEN is a retired United States Air Force four-star general and former Director of the National Security Agency, Principal Deputy Director of National Intelligence, and Director of the Central Intelligence Agency. He is currently a principal at the Chertoff Group, a security consultancy founded by former Homeland Security Secretary Michael Chertoff. Hayden also serves as a Distinguished Visiting Professor at George Mason University School of Public Policy. He is the author of the New York Times bestseller Playing to the Edge.