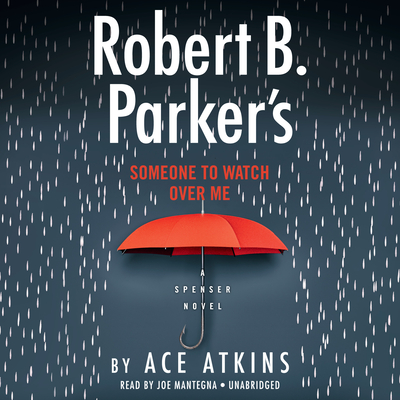 Robert B. Parker's Someone to Watch Over Me (Spenser #49)

In the latest thriller featuring the legendary Boston PI, Spenser and his young protégé Mattie Sullivan take on billionaire money manager running a network of underaged girls for his rich and powerful clients.

Ten years ago, Spenser helped a teenage girl named Mattie Sullivan find her mother's killer and take down an infamous Southie crime boss. Now Mattie--a college student with a side job working for the tough but tender private eye--dreams of being an investigator herself. Her first big case involves a fifteen-year-old girl assaulted by a much older man at one of Boston's most prestigious private clubs. The girl, Chloe Turner, only wants the safe return of her laptop and backpack. But like her mentor and boss, Mattie has a knack for asking the right questions of the wrong people.

Soon Spenser and Mattie find ties between the exploitation of dozens of other girls from working class families to an eccentric billionaire and his sadistic henchwoman with a mansion on Commonwealth Avenue. The mystery man's wealth, power and connections extend well beyond Massachusetts - maybe even beyond the United States. Spenser and trusted ally Hawk must again watch out for Mattie as she unravels a massive sex-trafficking ring that will take them from Boston to Boca Raton to the Bahamas, crossing paths with local toughs, a highly-trained security company, and an old enemy of Spenser's--the Gray Man--for a final epic showdown.

Praise For Robert B. Parker's Someone to Watch Over Me (Spenser #49)…

"In this latest in his continuation of Robert B. Parker's beloved Spenser series, Atkins continues to
do the late author proud....The talented Atkins delivers another engrossing thriller."—Booklist

Robert B. Parker was the author of seventy books, including the legendary Spenser detective series, the novels featuring Police Chief Jesse Stone, and the acclaimed Virgil Cole-Everett Hitch Westerns, as well as the Sunny Randall novels. Winner of the Mystery Writers of America Grand Master Award and long considered the undisputed dean of American crime fiction, he died in January 2010. Ace Atkins is the New York Times bestselling author of twenty-seven books, including ten books in his Quinn Colson series. Handpicked by the Robert B. Parker Estate nearly a decade ago to continue the Spenser series, he's written nine novels about the iconic private eye. He lives and works in Oxford, Mississippi.
Loading...
or
Not Currently Available for Direct Purchase