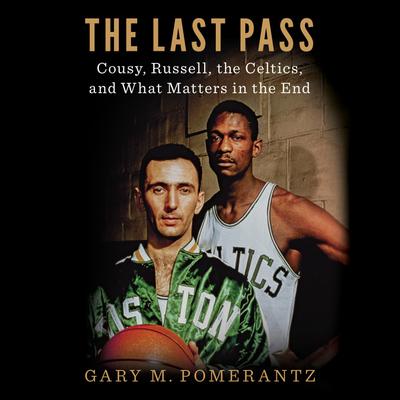 Cousy, Russell, the Celtics, and What Matters in the End

Out of the greatest dynasty in American professional sports history, an intimate story of race, mortality, and regret

About to turn ninety, Bob Cousy, the Hall of Fame Boston Celtics captain who led the team to its first six championships on an unparalleled run, has much to look back on in contentment. But he has one last piece of unfinished business. The last pass he hopes to throw is to close the circle with his great partner on those Celtic teams, fellow Hall of Famer Bill Russell, now 84. These teammates were basketball's Ruth and Gehrig, and Cooz, as everyone calls him, was famously ahead of his time as an NBA player in terms of race and civil rights. But as the decades passed, Cousy blamed himself for not having done enough, for not having understood the depth of prejudice Russell faced as an African-American star in a city with a fraught history regarding race. Cousy wishes he had defended Russell publicly, and that he had told him privately that he had his back. At this late hour, he confided to acclaimed historian Gary Pomerantz over the course of many interviews, he would like to make amends.

At the heart of the story THE LAST PASS tells is the relationship between these two iconic athletes. The book is also in a way Bob Cousy's last testament on his complex and fascinating life. As a sports story alone it has few parallels: An poor kid whose immigrant French parents suffered a dysfunctional marriage, the young Cousy escaped to the New York City playgrounds, where he became an urban legend known as the Houdini of the Hardwood. The legend exploded nationally in 1950, his first year as a Celtic: he would be an all-star all 13 of his NBA seasons. But even as Cousy's on-court imagination and daring brought new attention to the pro game, the Celtics struggled until Coach Red Auerbach landed Russell in 1956. Cooz and Russ fit beautifully together on the court, and the Celtics dynasty was born. To Boston's white sportswriters it was Cousy's team, not Russell's, and as the civil rights movement took flight, and Russell became more publicly involved in it, there were some ugly repercussions in the community, more hurtful to Russell than Cousy feels he understood at the time.

THE LAST PASS situates the Celtics dynasty against the full dramatic canvas of American life in the 50s and 60s. It is an enthralling portrait of the heart of this legendary team that throws open a window onto the wider world at a time of wrenching social change. Ultimately it is about the legacy of a life: what matters to us in the end, long after the arena lights have been turned off and we are alone with our memories.

GARY POMERANTZ spent eighteen years as a celebrated daily journalist and sportswriter. He has written several books on topics ranging from sports to history to civil rights, beginning with Where Peachtree Meets Sweet Auburn, followed by Nine Minutes, Twenty Seconds; WILT, 1962, a narrative of basketball star Wilt Chamberlain's legendary 100-point game; The Devil's Tickets; and Their Life's Work, on the 1970s Pittsburgh Steelers. Pomerantz has taught reporting at Stanford for the past ten years.