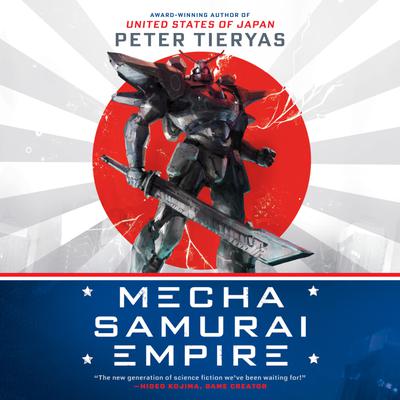 The Man in the High Castle meets Pacific Rim in this action-packed alternate history novel from the award-winning author of United States of Japan. Germany and Japan won WWII and control the U.S., and a young man has one dream: to become a mecha pilot.

Makoto Fujimoto grew up in California, but with a difference--his California is part of the United States of Japan. After Germany and Japan won WWII, the United States fell under their control. Growing up in this world, Mac plays portical games, haphazardly studies for the Imperial Exam, and dreams of becoming a mecha pilot. Only problem: Mac's grades are terrible. His only hope is to pass the military exam and get into the prestigious mecha pilot training program at Berkeley Military Academy.

When his friend Hideki's plan to game the test goes horribly wrong, Mac washes out of the military exam too. Perhaps he can achieve his dream by becoming a civilian pilot. But with tensions rising between the United States of Japan and Nazi Germany and rumors of collaborators and traitors abounding, Mac will have to stay alive long enough first...
Loading...