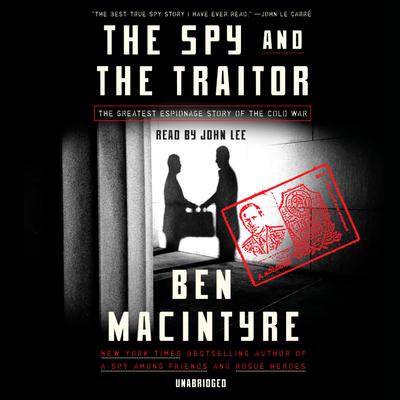 The Spy and the Traitor (Digital Audiobook)

Unfolding the delicious three-way gamesmanship between America, Britain, and the Soviet Union, and culminating in the gripping cinematic beat-by-beat of Gordievsky's nail-biting escape from Moscow in 1985, Ben Macintyre's latest may be his best yet. Like the greatest novels of John le Carré, it brings readers deep into a world of treachery and betrayal, where the lines bleed between the personal and the professional, and one man's hatred of communism had the power to change the future of nations.
Loading...