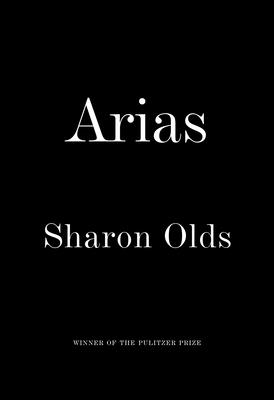 Following her recent Odes, the Pulitzer Prize-winning poet gives us radical new poems of intimate life and political conscience, of race and class and a mother's violence.

The atom bomb, Breaking Bad, Rasputin, the cervix, her mother's return from the dead: the peerless Sharon Olds once again takes up subject matter that is both difficult and ordinary, elusive and everywhere. Each aria is shaped by its unique harmonics and moral logic, as Olds stands center stage to sing of sexual pleasure and chance wisdom, and faces the tragic life of our nation and our planet. "I cannot say I did not ask / to be born," begins one aria, which considers how, with what actions, with what thirst, we each ask for a turn, and receive our portion on earth. Olds delivers these pieces with all the passion, anguish, and solo force that make a great performance, in the process enlarging the soul of her reader.

“Olds has the goods in this eclectic collection of new verse . . . With its expansive range and warm honesty, this book shows us why the Pulitzer Prize winner is still among the most beloved poets alive.” —Tomi Obaro, BuzzFeed

“Arias is rich with its own music . . . Olds offers gripping, vivid songs that urgently capture the preciousness of what there remains on Earth to defend, and all that has been lost . . . In [these] complex, nourishing poems, the stakes are clear: if we are on Earth, we ought to be singing.” —Maya Popa, Publishers Weekly

“[Olds] bring[s] the immensity of the world’s hurt to an intimate human level, not to simplify it but to both concentrate it and to find its odd joys. Arias offers hard-earned comfort well worth the effort.” —Barbara Egel, Booklist

“In Arias, Olds puts her honest, clear verse to work mostly outside of the body, and looks instead at the body politic, at the social body we have created or destroyed together.” —Anjanette Delgaro, New York Journal of Books

SHARON OLDS was born in San Francisco and educated at Stanford University and Columbia University. The winner of both the Pulitzer Prize and England's T. S. Eliot Prize for her 2012 collection, Stag's Leap, she is the author of eleven previous books of poetry and the winner of many other awards and honors, including the inaugural San Francisco Poetry Center Award for her first book, Satan Says (1980), and the National Book Critics Circle Award for her second, The Dead and the Living, which was also the Lamont Poetry Selection for 1983. The Father was short-listed for the T. S. Eliot Prize, and The Unswept Room was a finalist for the National Book Award and the National Book Critics Circle Award. Olds teaches in the Graduate Creative Writing Program at New York University and helped to found the NYU outreach programs, among them the writing workshop for residents of Goldwater Hospital on Roosevelt Island and for the veterans of the Iraq and Afghanistan wars. She lives in New York City.
Loading...
or support indie stores by buying on