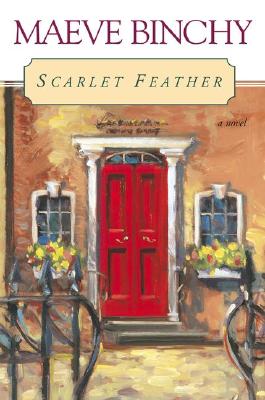 Scarlet Feather is the catering company newly formed by cooking school friends Tom Feather and Cathy Scarlet. They're young and talented, they've made some smart connections, and they've found the perfect premises to make their new business the best in Dublin -- but not everyone seems as pleased by the idea of Scarlet Feather as they are.

Cathy's mother-in-law, already disapproving of her son's choice of a wife, thinks that Scarlet Feather is just a hobby and that Cathy should stay at home. Cathy's husband, Neil, a high-living civil rights lawyer, pays no mind to anything -- except his work. Tom's parents are disappointed he has turned his back on the family building business, and Tom's relationship with his beautiful, ambitious girlfriend, Marcella, begins to unravel as she struggles with career dreams of her own.

With the help of their family and friends, Tom and Cathy start to take Dublin by storm. While some things go according to plan, and their hard work begins to pay off, events occur that no one could have expected: The arrival of a precocious, troublesome twin niece and nephew to Cathy's home. Cathy's sister Marian, long since emigrated to Chicago, returning to Dublin in search of an "authentic" Irish wedding, replete with corned beef, cabbage, and leprechauns. And a troubled relative whose debts grow so great he will use any means necessary to get the money he needs -- even if Scarlet Feather fails in the process.

Maeve Binchy at her very best, Scarlet Feather is a novel capturing one year in time. From New Year's Eve to New Year's Eve, readers will meet Tom Feather and Cathy Scarlet, their extended families, their many friends, and learn of the heartaches and triumphs,disappointments and joys, loves, losses, and sometimes even miracles, that can happen in time.