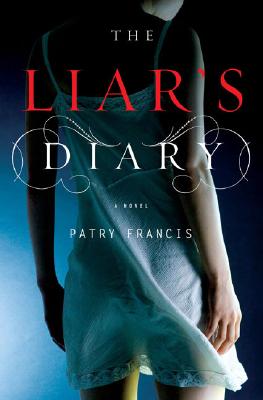 An accomplished poet with a keen eye for detail and the written word, Patry Francis has written a riveting debut novel that will thrill fans of Jodi Picoult and Sue Miller.

Answering the question of what is more powerful--family or friendship? this debut novel unforgettably shows how far one woman would go to protect either.

They couldn't be more different, but they form a friendship that will alter both their fates. When Ali Mather blows into town, breaking all the rules and breaking hearts (despite the fact that she is pushing forty), she also makes a mark on an unlikely family. Almost against her will, Jeanne Cross feels drawn to this strangely vibrant woman, a fascination that begins to infect Jeanne's "perfect" husband as well as their teenaged son.

At the heart of the friendship between Ali and Jeanne are deep-seated emotional needs, vulnerabilities they have each been recording in their diaries. Ali also senses another kind of vulnerability; she believes someone has been entering her house when she is not at home--and not with the usual intentions. What this burglar wants is nothing less than a piece of Ali's soul.

When a murderer strikes and Jeanne's son is arrested, we learn that the key to the crime lies in the diaries of two very different women . . . but only one of them is telling the truth. A chilling tour of troubled minds, The Liar's Diary signals the launch of an immensely talented new novelist who knows just how to keep her readers guessing.