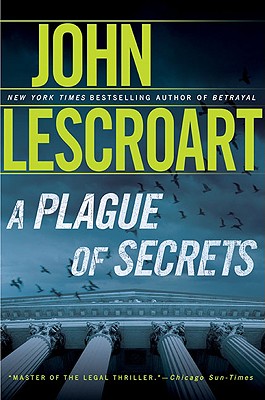 A Plague of Secrets

The first victim is Dylan Vogler, a charming ex-convict who manages the Bay Beans West coffee shop in San Francisco's Haight-Ashbury district. When his body is found, inspectors discover that his knapsack is filled with high-grade marijuana. It soon becomes clear that San Francisco's A-list flocked to Bay Beans West not only for their caffeine fix.

But how much did Maya Townshend-the beautiful socialite niece of the city's mayor, and the absentee owner of the shop-know about what was going on inside her business? And how intimate had she really been with Dylan, her old college friend?

As another of Maya's acquaintances falls victim to murder, and as the names of the dead men's celebrity, political, and even law- enforcement customers come to light, tabloid-fueled controversy takes the investigation into the realms of conspiracy and cover-up. Prosecutors close in on Maya, who has a deep secret of her own-a secret she needs to protect at all costs during her very public trial, where not only her future but the entire political landscape of San Francisco hangs in the balance, hostage to an explosive secret that Dismas Hardy is privilege-bound to protect.